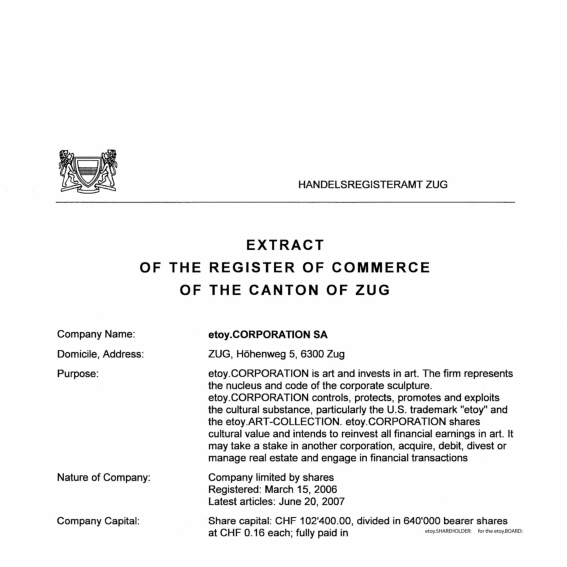 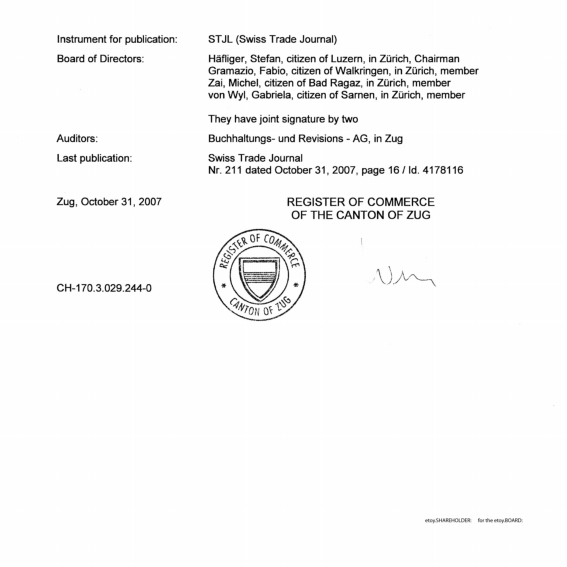 leaving the cayman islands behind...

and establishing a officially registered and transparent shareholder company (private held) in the city of zug / switzerland.

after years of debate in the etoy.BOARD (this was a topic since 1996) finally etoy.VENTURE association and some of the main etoy.SHAREHOLDERS invested 102'000 CHF and founded a swiss share holder company to avoid future disputes and rumors about the stability and serious nature of etoy.CORPORATION.

agent HAEFLIGER - etoy.ECONOMIST and responsible for investor relations - was one of the key agents behind this pragmatic move.