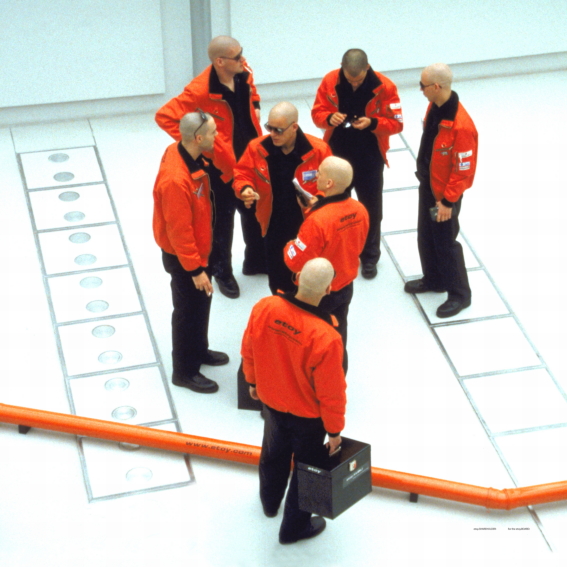 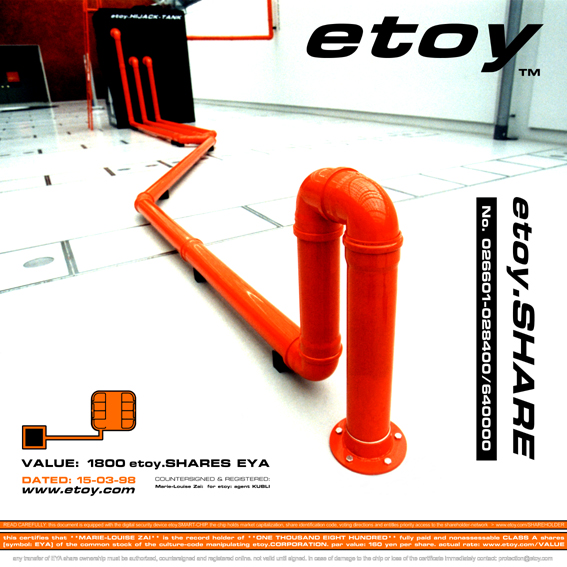 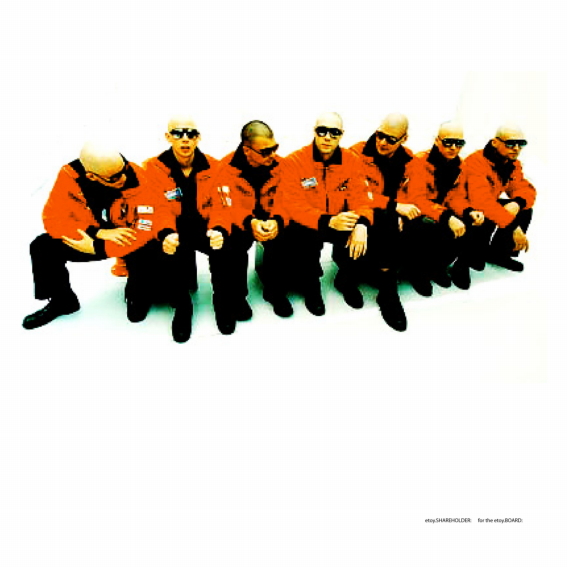 etoy AT THE ARS ELECTRONICA FESTIVAL 96

exactly at 14:30 MET on the 14th of june 1996 the festival management of ars electronica announced the winners of the most important electronic art award - prix ars electronica: the golden nica in the web category was awarded to the etoy.CORPORATION.

the international reputation and success of etoy started to grow increasingly.

as one of the awarded artist groups, etoy was invited to show a huge version of the etoy.INTERNET-TANKSYSTEM installation at the official ars electronica festival exhibition in Linz.

after weeks of building an insane pipeline/tank system through the DESIGN-CENTER LINZ, etoy was present on nearly every press picture from the festival. the plan was to penetrate the whole exhibition space with orange pipelines and connected etoy.TANKS (all representing an information tank/container from the etoy.WEBSITE such as the etoy.DUTY-CHECK-TANK, the etoy.STRIPTEASE-TANK or the etoy.DISCO-TANK).

the biggest etoy.TANK represented the digital hijack: it was a 3 meter tall box visitors could enter over a special ladder... it was very easy to access but problematic to leave. inside the box people could navigate their way trough the hijack system, download the sound tracks and access some statistics about how many hostages the etoy.CORPORATION took during the three month period and from which keywords they were coming.

at the televised award ceremony, where the federal chancellor of Austria, Franz Vranitzky, presented the golden nica award, one of the etoy.AGENTS started to over-promote the etoy.SPONSORS. this led to a minor dissension with the ORF show master, Mercedes Escherer.