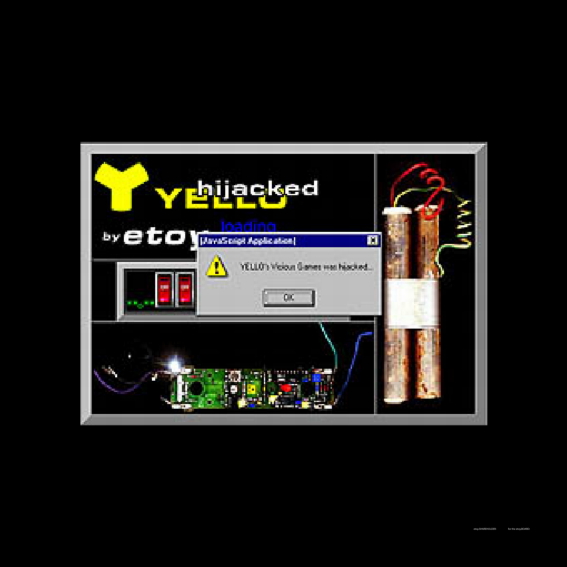 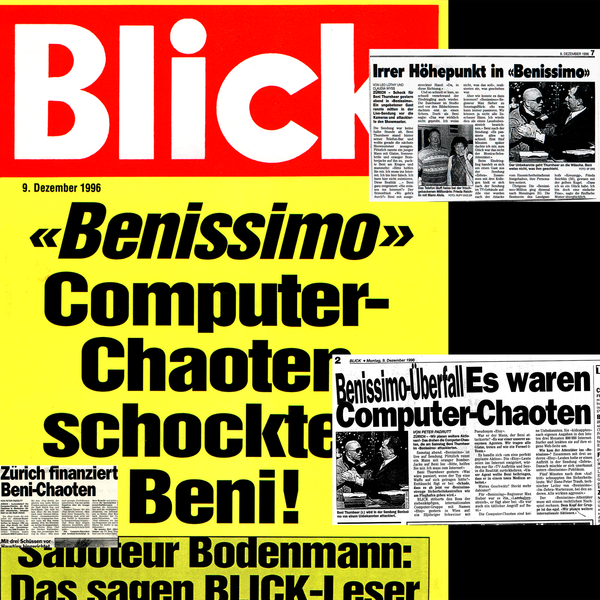 THE POPSTARS YELLO protected by etoy

award of the art prize of the city of zurich to the pop band YELLO. the etoy.CORPORATION was invited to the celebration party by dieter meier and boris blank. the etoy.CREW designed an entertainment and protection system to surpprise the yello-crew and their guests at the official event.

the action package was released under the new brand name "protected by etoy":

etoy.AGENTS performed as security service, lifestyle operators and unexpected hijack.AGENTS on the YELLO web site (www.yello.ch). at the party (photo: 2 etoy.AGENTS protecting dieter meier) every guest was furnished with a survival package, security card and a special edition of the etoy.NETBOMB (a 3.5 inch floppy disk) containing a prepared html code that gave users 45 seconds to defuse a html code bomb that crashed computers after playing the "YELLO hijacked by etoy" TRACK -- a REMIX of the YELLO song "vicious games".

with this and many further "protected by etoy" actions (like 1998 at the moma in san francisco) the MEDIA-VIRUS-CORPORATION etoy abused an official platform (prepared for someone else, mostly for celebrities) to increase the etoy.CELEBRITY-STATUS and to raise the etoy.SHARE-VALUE. 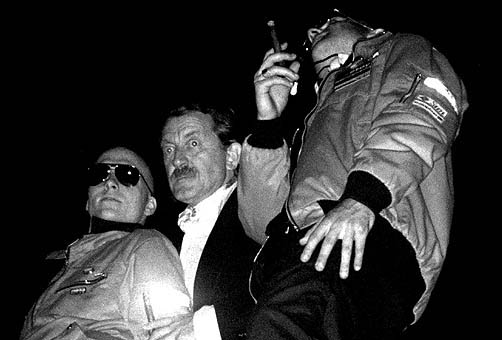