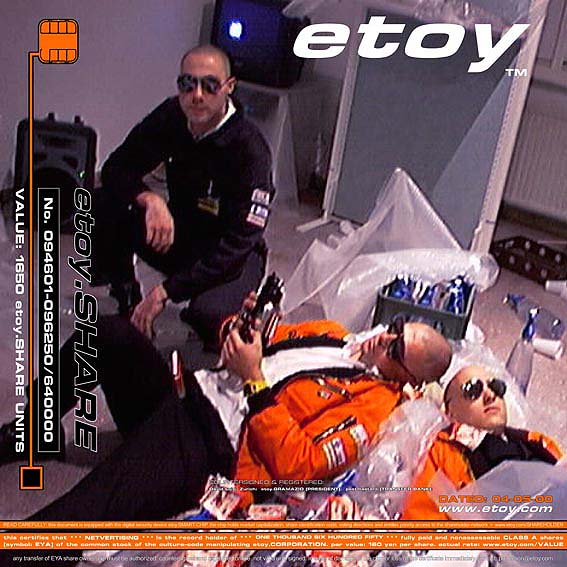 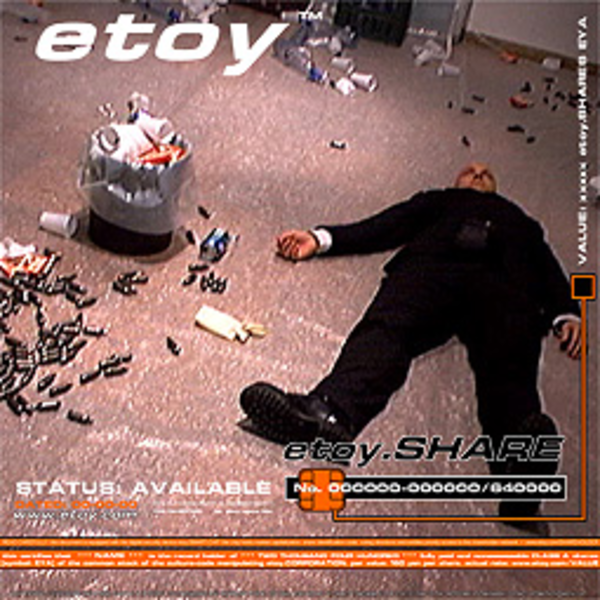 at the end of the month session etoy presented a complex protection and gallery-contol system based on one of the etoy.DATABASES: every art tourist visiting the exhibition at the center had to subscribe and identify. after they had been furnished with the etoy protection card and a specific code that allowed them to access an automatically generated (and customized) html overview of the user behavior/security/drug consumption status the users were allowed to enter.

the exhibition space itself was transformed into a party environment where the etoy.CUSTOMERS were forced to consume N2O / nitrous oxide (the same legal drug you may be administered by your dentist).

there was one 3 minute loop of the latest etoy.SOUND-TRACK playing for more then 3 hours. after a while every etoy.CUSTOMER was forced to leave the exhibition and to participate at an after party at a specific location in budapest.

result: 3 guests, the receptionist of C3 and 2 etoy.AGENTS fainted due to massive abuse of N20.