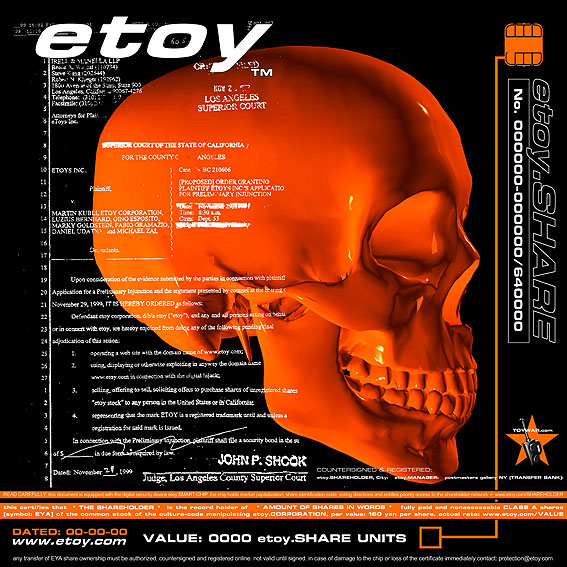 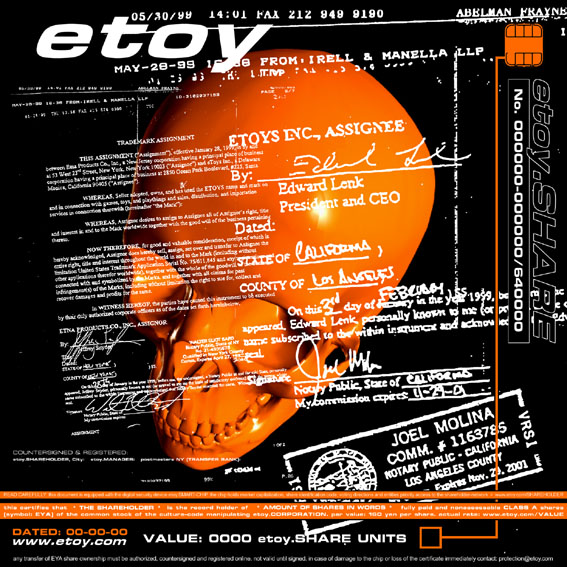 the californian state court judge john p. shook listened to the attorneys, nodded and then took out the following prepared text and signed it:

defendant etoy corporation d/b/a etoy ("etoy"), and any and all persons acting on behalf or in concern with etoy, are hereby enjoined from doing any of the following pending final adjudication of this action:

1. operating a website with the domain name of www.etoy.com
2. using, displaying or otherwise exploiting in any way the domain name www.etoy.com in connection with the digital hijack.
3. selling, offering to sell, soliciting offers to purchase shares of unregistered shares "etoy stock" to any person in the united states or in california.

comment etoy.CORPORATION: we do not accept this decision. we have priority rights. this is just the beginning of a long lasting eWAR we did not start and which is just destructive for both sides. but we dont give up our art brand because some businessmen decided to take it without permisson.