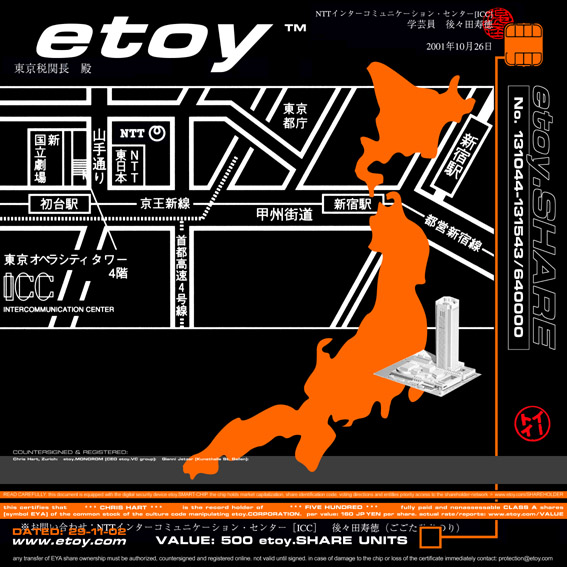 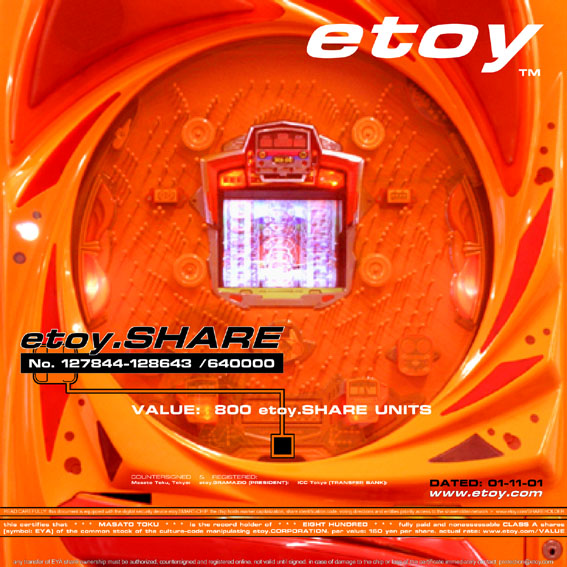 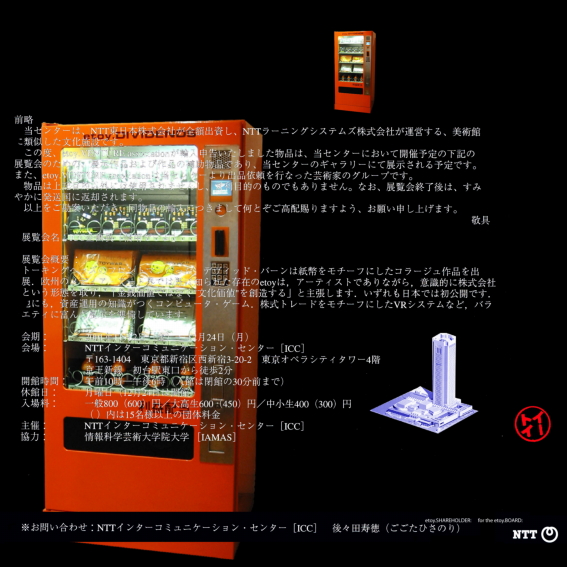 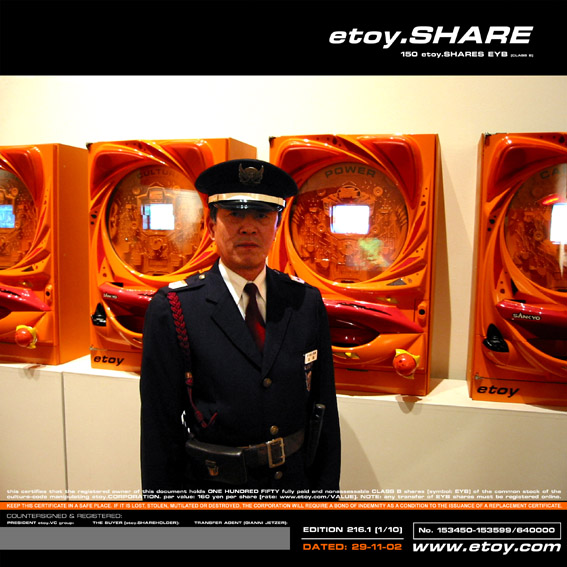 It began very subtly at a meeting in Ljubljana where agent.GRAMAZIO informed his fellow agents that the etoy.CORPORATION was invited to the credit game exhibition, sharing floor space with famous artists like David Byrne, at NTTs Inter Communication Center, to be held in November and December 2001 in Tokyo.

As flattering such an invitation is, it means that the artists would not only have to exhibit in a completely strange realm, but it also meant that they had to export their brand to Asias toughest market: Japan.

The group devised a self contained universe, with its own currency - the etoy.FIZZLE - which was frantically received by the Japanese audience. Cultural elitists, who would never dare being around a Pachinko parlor in a 20 feet radius gambled fanatically on specially modified Pachinko [etoy.PACHINKO?] machines for fame and fortune. Even one of the guards was caught gambling as if there was no tomorrow.

Where a lot of huge corporations failed, the etoy.CORPORATION succeeded, but of course this came at a steep price.

etoy.TANK 27, which was underway full sails to Japan could not be placed as planned. Quarantine agents from the Japanese ministry of health almost stopped the whole shipment of the required etoy.ARTEFACTS and in the feverish preparation phase etoy.ZAIs invaluable fizzle collection was destroyed by the negligence of a junior agent.

Where the risk is high the reward is great and the etoy.BRAND is recognized today in the Japanese art and culture market.