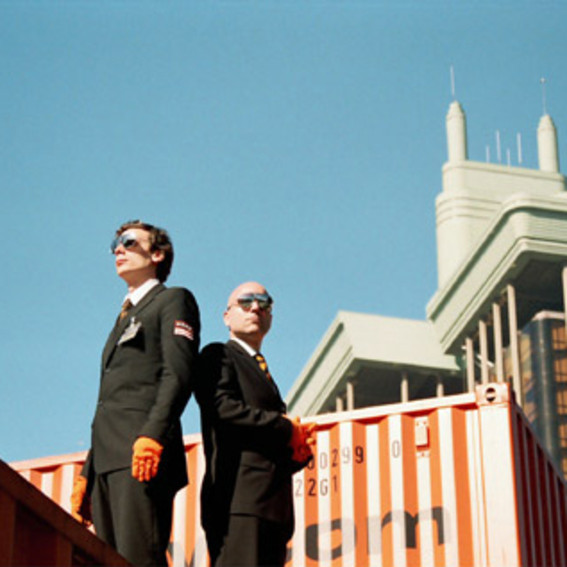 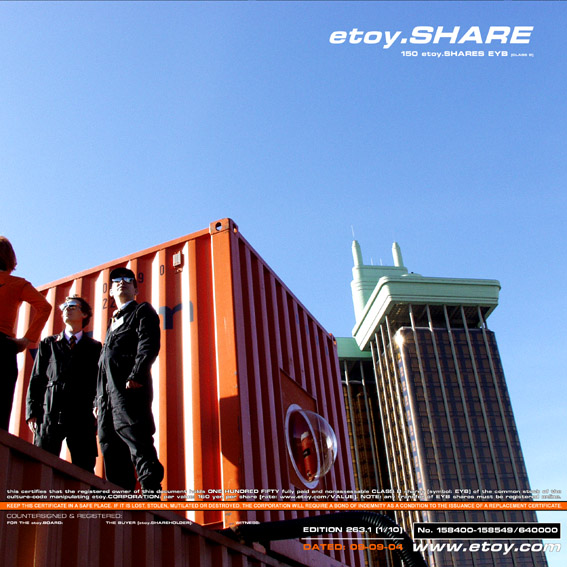 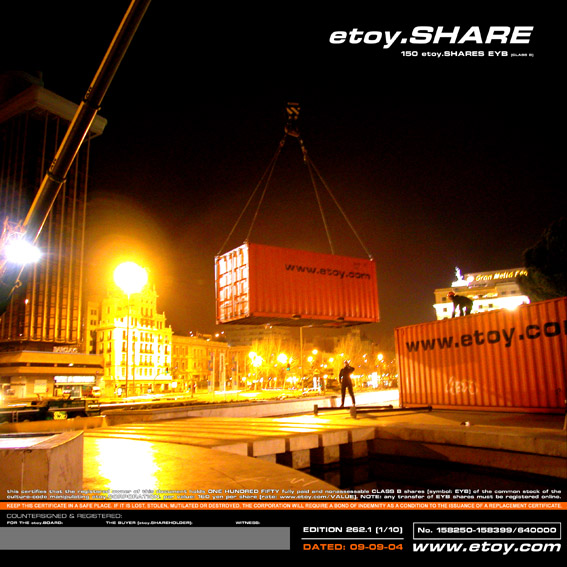 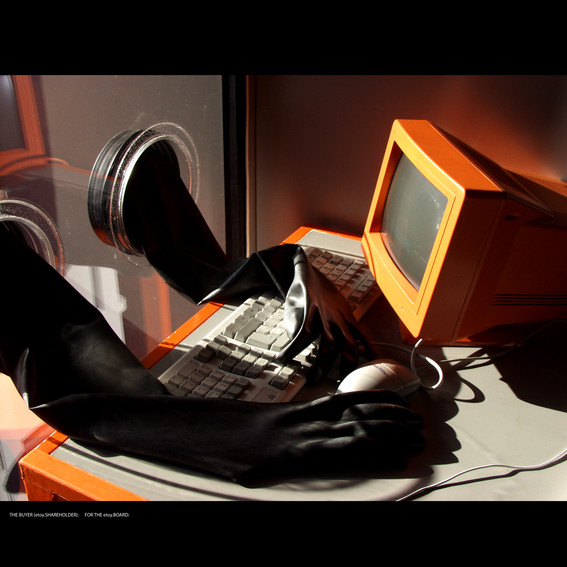 After an intense 4 week art market invasion including two etoy.TANKS and a total of 12 etoy.AGENTS in the heart of Madrid (Plaza Colon, surrounded by the charming Barclays bank HQ, the Columbus statue, a giant Spanish flag and millions of cars, skateboarders and tourists), etoy.CORPORATION introduced its presence on the Hispanic test market by building network nodes with foundations, officials, gallerists, artists and collectors. For the first time, the etoy.TANKS functioned not only as mobile head offices, conference facilty and party hub, but also as an art gallery.

While the infection of the local cultural climate, underground, and party scene as well as the educational landscape took place faster than expected, traditional Spanish art collectors hesitate to invest in intangible art assets such as etoy.SHARES. Wealthy customers still prefer old fashioned products such as unique oil paintings, photographs and sculptures. In reaction to the Arco sales crisis, and to avoid future recession or bankruptcy, the etoy.MANAGEMENT decided to focus on the long term development of the Hispanic market and develop personal relations with art market exponents off scene. A large fraction of attention at Placa Colon was attributed to children, teenage skateboarders and a retired audience, who spent leisure time understanding a complex cultural venture.

Attention: more than 6000 face to face brand contacts counted.
Audience profile/Plaza Colon: every day around one hundred kids between 2 and 8 years overwhelmed the etoy.INFRASTRUCTURE (especially orange air pipes). Skaters and sprayers had positive and negative effects on etoy.TANKS and the etoy.VIRUS (now stronger than ever). Confused adults and worried parents trying to understand what etoy is all about (specifically if it is dangerous to get infected with "so-called ART"). Serious swiss diplomats including the Swiss ambassador Doswald and Spanish politicians. Excited artists & students. curious policemen, stunned art dealers, level-deceived underground activists ... and as usual: the story-chasing journalists.