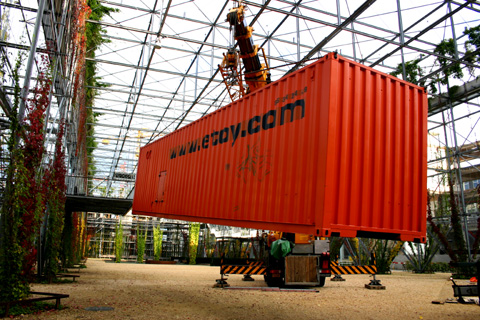 During a summer residency in 2004, etoy.CORPORATION set up a tank plant at the spectacular MFO park in Zurich.

The location allowed etoy's investor relations department to take full advantage of the proximity to major shareholders by organizing receptions and special events. On September 9, the How-To-Spend-It event gathered friends and etoy.INVESTORS inside the tanks for updates on etoy.ACTIVITIES and social interaction.