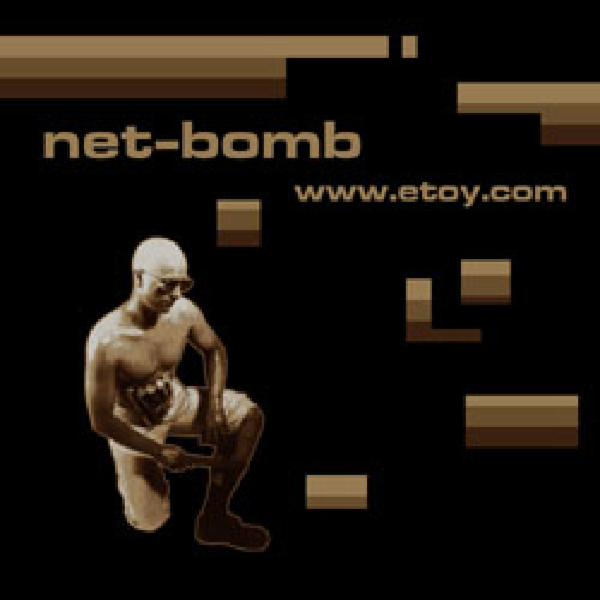 the planned release of the etoy.SOUND-TRACK series, the etoy.NETBOMB, failed after 3 months of preparation. negotiations with the RCA record company in london lead to a major change in the etoy.RELEASE-STRATEGY: etoy decided to release all its soundtracks independently and not in a traditional format / without traditional sound marketing campaigns.

distribution was 100% digital and free on the internet: real audio, later via real video and today as mp3 files.

this was a significant step and it somehow isolated the etoy.CORPORATION at this time in the field of sound production (where every band / project still tried to find the way to the consumer via classical record companies or small record / cd labels / distributions). on the other hand, this situation forced etoy to research in a radical atmosphere and to push a new kind of distribution and marketing for sound to its limits. the problem with the "etoy.NETBOMB-TRACKS" would act as an incentive for the "digital hijack" which should make etoy famous on a global scale and prove a new and effective way of "getting out there" where a new kind of audience is ready to download some action.