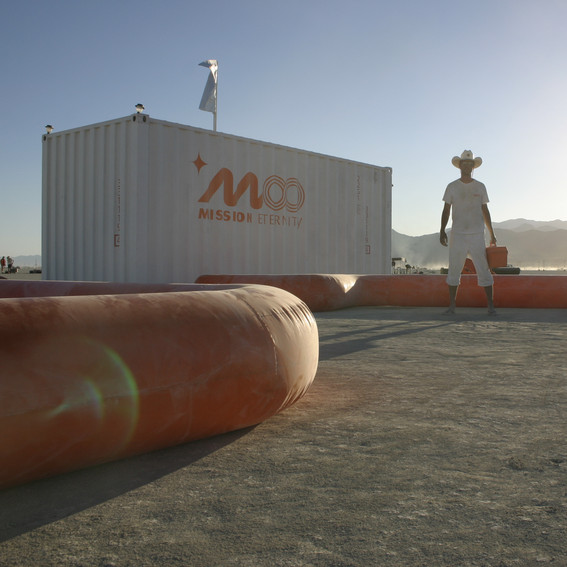 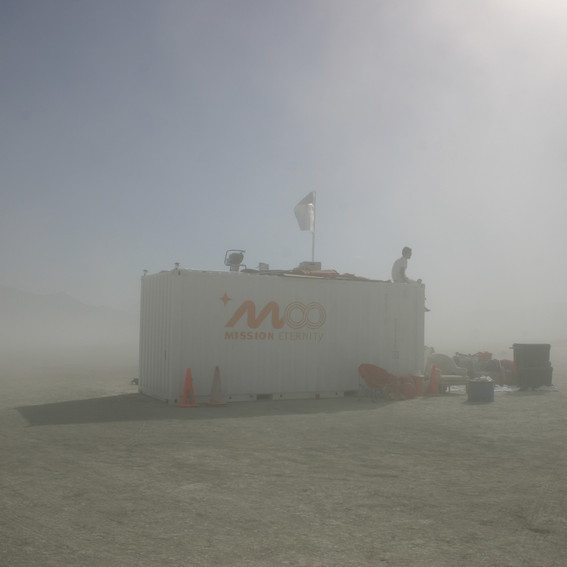 etoy.AGENTS braving the desert nights, sand in our teeth, resolve in our red eyes. etoy welcomes all new M∞ PILOTS!

etoy presents the MISSION ETERNITY SARCOPHAGUS, a mobile sepulcher for users who prefer to be buried at an undetermined geographical location, at the Burning Man festival 2006.

The SARCOPHAGUS was located near the temple and open and glowing every day after sundown. The intense multi-colored LEDs emanating from the open tank doors contributed to the elevated spirits of the desert population, at times creating elongated stares and incredulous appreciation of the days to come when actual ghosts fill the SARCOPHAGUS and the screen manifests the tangible community of the living and the dead.