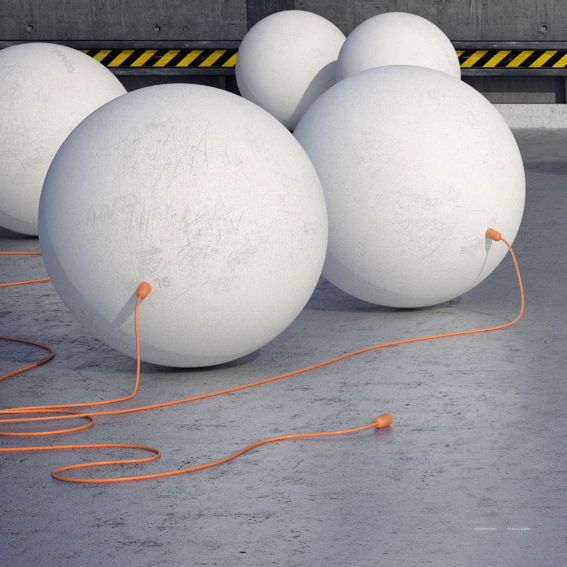 The new group of works by the art collective etoy is taking the concept of interaction between human beings and electronic devices a step further and explores afterlife, the most virtual of all realities.

The new group of works by the art collective etoy is taking the concept of interaction between human beings and electronic devices a step further and explores afterlife, the most virtual of all realities.

TAMATAR are white spherical carriers created for the resurrection of dead MISSION ETERNITY PILOTS. The reincarnation of one human being takes place in 32 Styrofoam bodies. Styrofoam is a typical packaging material: light, cheap, shock-absorbing and, thus, ideal to protect sensitive content. The inherent fragility of the material and the ephemeral nature of its function remind us of the permanent decay of matter, an important topic in etoy’s exploration of resurrection.

The spherical shape and the neutral white color of the TAMATAR supports etoy's strategy to focus on software-driven social interaction instead of deviating attention to the surface of the work. On its own, each sphere is not much more than an abstract dot moving in three dimensional space. Only through its choreographed interaction a TAMATAR reveals its value.

All conceptual and material resources are invested in the production of a social presence: previously recorded memories of the M∞PILOT are used to detect characteristic elements and to derive behavioral pattern of the TAMATAR. The 32 TAMAS* are distilled and generated out of M∞ PILOT CAPSULE data traces. In a ritualistic art performance, the TAMAS (software) are uploaded into the TAMATAR (hardware represented by the spheres, acting as the transport layer for the content). The TAMAS start to posses the new bodies. The physical carrier is able to move (roll), to talk with the original voice of the dead person and to make use of telepathy (wireless communication). The simple set of possibilities of expression is the base for complex physical, emotional, intellectual and poetic interaction with living human beings, other TAMATAR and technical components (on- and offline).

The result is a dynamic hybrid between a constantly moving sculpture and a social-software that divulges itself in a theater play or dance choreography involving the audience. The performance act translated the digital and spiritual into material. Information becomes visible, palpable and present. The visually and formally abstract swarm of distributed, self-propelled and independent (if interconnected) bodies host parts of the self of a MISSION ETERNITY PILOT: in this case Sepp Keiser, a microfilm pioneer born in 1923. The schizophrenic and disorderly nature of identity and memory in electronic media becomes obvious and of central interest to etoy. 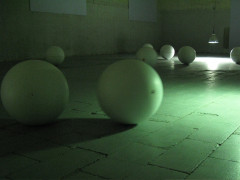 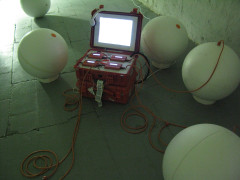 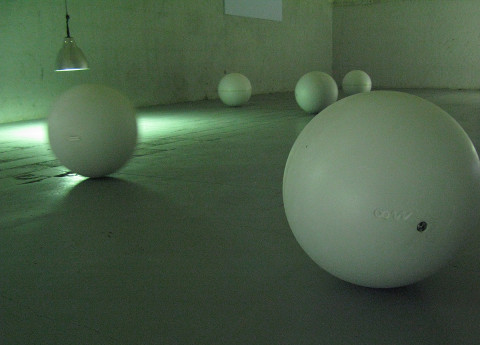