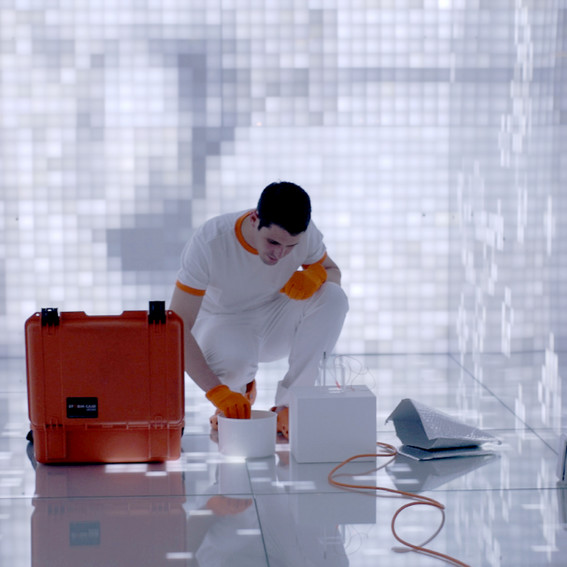 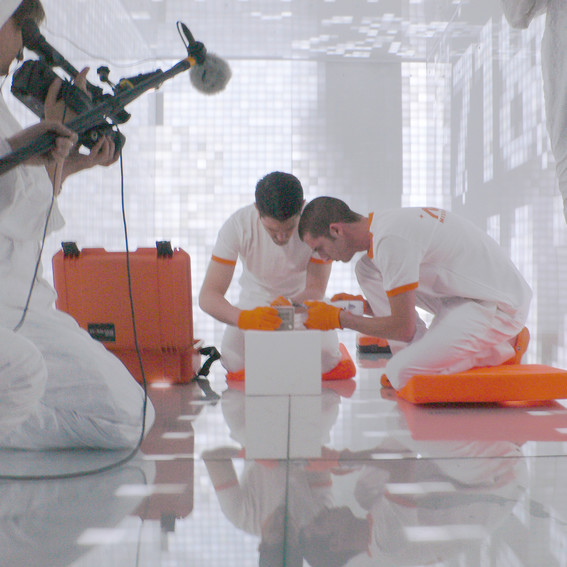 The first TERMINUS production test (the mixing of human ash and beton / molding) took place at Tweakfest in Zurich.

I'm very happy: essential data for the capsule was transfered from California. Just in time delivery - directly from the Leary Estate! Thanks Denis Berry for all the efforts and for trusting etoy.CORPORATION. Thanks also Joi Ito, Douglas Rushkoff, ken/R.U. Sirius for support and Tom Sperrlich and the Tweakfest crew for their passion and fighting all the headwinds.

8g of Timothy Leary's remains were used last night. etoy still has 24g in its bank safe for further testing. We can either do two or three more updates of the technical setup and ceremony aspects. The test pilot story is not just an empty game. It was implemented to learn how to deal with ashes and the sensitive moments. Leary is a perfect helper and pilot because he died 10 years ago and was extremely open for experiments related to his own death and post mortem treatment. His family and friends are used to this experimental design /research that etoy is doing.

The feedback of the attending crowd was very positive. The "fake problem" and other misunderstandings were not really an issue. Despite my concerns, most people understand that etoy works very carefully and with deep passion on another level of media art.

Some people said the ceremony part could be more pilot-focused (means less technical and organizational...). Maybe this is true. I don't know yet. I need more distance. For the actual implementation of the TERMINUS (ash/beton block) tonight and the next test we can consider to process the material without saying anything and ask for complete silence. We could hand out information sheets that people can read (for those who have no idea what this is all about...) this way it's less like a presentation or performance.

For Timothy Leary, our first mortal remains test pilot, the approach was appropriate i hope. He was a researcher in the field of dying and afterlife. His role is to help us to test a new way of interaction between the living and the dead. I'm sure Leary likes the information madness and technical research part of his own "transfer".

Thank you Tim Leary for demonstrating your free mind - back in the time when our parents started to raise us and today, in the form of carbon molecules and giga bytes of knowledge and curage to go a step further!