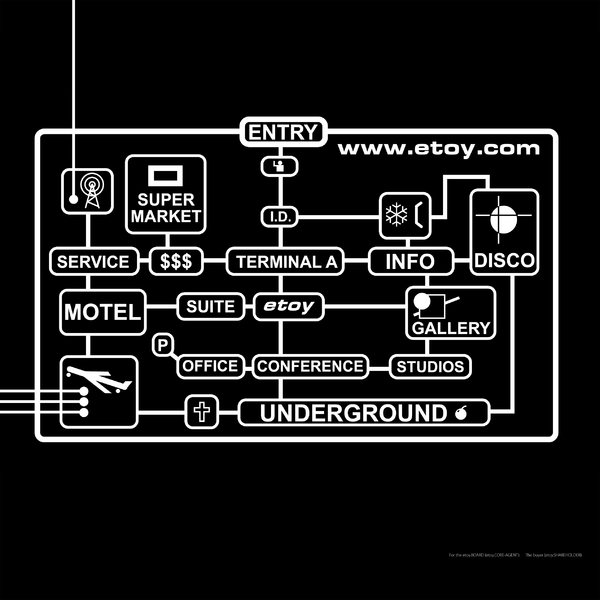 version 1.0 of the etoy.INTERNET-TANKSYSTEM was officially released.

the web site and server space known under the address www.etoy.com would from now on serve as the home base of etoy and has since attracted millions of visitors.

after a lot of hard work and a beta test period of 5 months, the etoy.CORPORATION celebrated this historical moment with all its agents, employees and more then 1000 invited guests at the party etoy.FASTLANE in zurich and via remote access from vienna.

etoy.FASTLANE for the first time brought together all elements of etoy.LIFESTYLE and etoy.TECHNOLOGY in one event in two cities and on the net: visual environments, sound acts (including the first real-time transfer of voice loops and special downloads which were integrated into the show) and early versions of the famous etoy.SOCIAL-ENGINEERING interaction technology . the trans-sexual performer and etoy.FRIEND COCO (aka AXA / agent 08) presented the premier of her experimental song "EIEN NARU TA" as special guest star of this event.