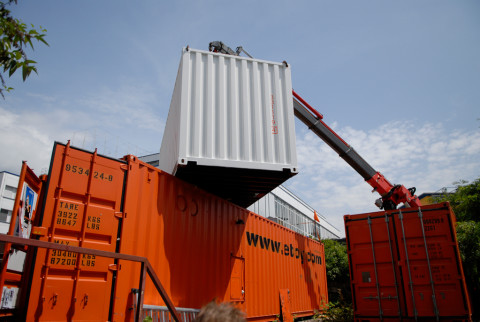 SARCOPHAGUS stuck in US custmos

5 days before the opening of ISEA ZeroOne 2006, the SARCOFHAGUS remained locked up in US customs in Oakland, CA. The crises was aggravated by a less than helpful attitude by the festival organizers towards etoy - at least in the early phase of the crisis.

Last minute negotiations and the etoy.CEO's threat of immediate departure from San Jose changed the situation. etoy received a symbolic contribution and a good festival location.

The crisis harbored an important lesson for etoy:
The festival and the sponsors in Silicon Valley covered, combined, 3% of the production costs for this expensive show. The remaining risk is carried by etoy.SHAREHOLDERS and agents and contributions came from foreign institutions including the Swiss government. etoy learned again that high-risk art investments require long-term commitment and forethought by the institutions that support projects such as MISSION ETERNITY.