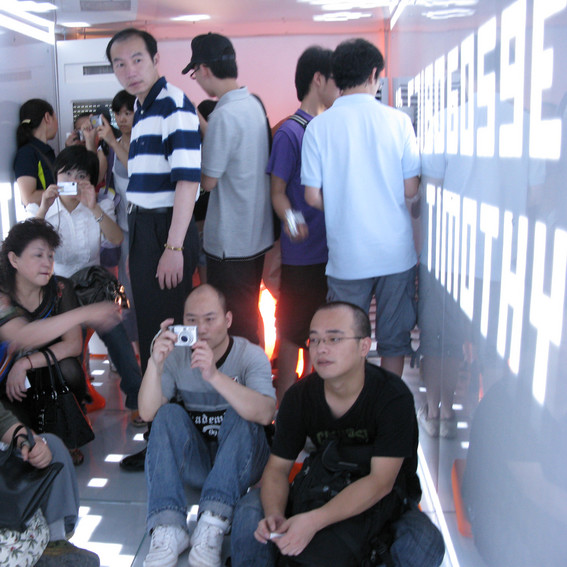 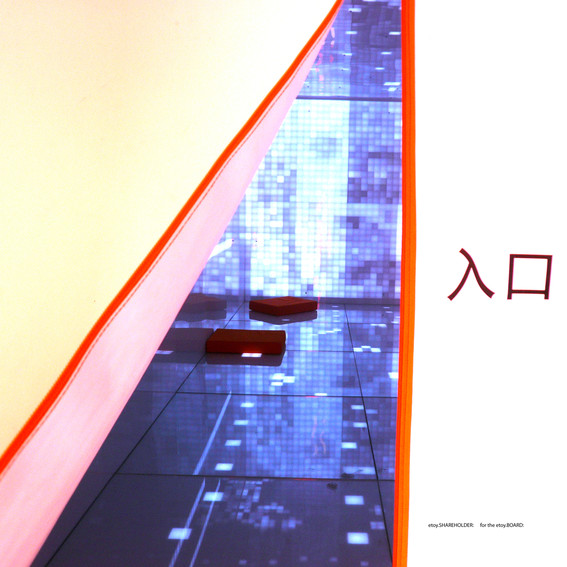 etoy.CHINA-BRANCH installed and activated: etoy.CORPORATION - well known for its global approach to culture and commerce tastes yellow river capitalism and tries to find out how to get its hands dirty in the CHINA-GAME (or to survive and produce under THE CHINESE CONDITIONS that started to rule the planet).

While most major European and American art institutions still avoid trouble triggered by electronic components and confusing user interaction, curator Zhang Ga and his team at NAMOC invested massive resources and passion into one of the most professional but also most interesting shows that etoy ever participated in. Since the opening many thousands of Chinese and international visitors have seen the exhibition that features works from the most influential contemporary artists who go beyond showing colorful surfaces and disconnected objects.

Many thanks to Zhang Ga, Fan Di'An, Li Zhenhua, and our incredible local etoy.AGENT Liu Jia! Kisses to Pro Helvetia and Swiss Nex and all other organizations/individuals who made this exciting first step into the Chinese market possible and take the risk to invest in complicated geek art and future culture while the money-driven art market wants easy to consume products.

The SARCOPHAGUS leaves the Beijing heat to be injected back into the global cargo package system with thousands of other shipping containers leaving China every day in order to satisfy our hunger for cheap products.

The rise of the Internet and the acceleration of global trade is very directly linked and in many ways of similar nature. We move things fast: information and goods. We all want lower prices and permanent availability. This demands faster cables, lager vessels and huge computer systems to coordinate and administrate distribution and delivery. We can produce everywhere because we can communicate fast and cheap. We can customize and adapt in real time. And the problems become obvious: the world becomes "flat" and standardized, the environment suffers, the climate collapses, we heat up everything - even by cooling down our machines and sweating bodies.

But what does it help to only complain and express concerns from a pseudo outsider position? We are linked anyhow and etoy dogmatically supports links. The more the better!

There will be no simple answers to complex problems. The Bug sits most likely inside our own genetic code or global culture. etoy decided to meet the bug inside itself. Only fixing the internal bug can fix the external one.